Wikia is here at E3 and we recently got a chance to get hands-on with The Elder Scrolls Online. To be honest, I was a big naysayer when I first saw the game last year. The game had been in a development for a long time and it failed to impress. After playing the game myself yesterday, it’s glaringly clear the team has put a lot of effort into improving the look and feel of Elder Scrolls: Online.

I don’t want to get into too many details about my short time with the game, but feel free to ask questions in the comments if you have any.

Some of you already submitted questions for the show, so let’s cut to the chase. Here are the answers I could scrounge up from Bethesda representatives about The Elder Scrolls Online!

1. Will The Elder Scrolls online interrupt with the lore of the series that we know and love?

According to the Bethesda rep I spoke to, the game adhered to continuity established in the series pretty closely. I imagine location details and geography may have to shift out of necessity, but he assured me the game’s lore is right for the time period.

Players in the game will also collect pieces of lore themselves in the form of books scattered and hidden throughout the world. The Lore page of the game features sections for lore and Bethesda specifically mentioned some books we have already seen in the series will be present in Elder Scrolls Online in their entirety.

2. Will there be mounts and will each race and factions have there own mounts.

3. Massive Scrolls: If I make steel armor in ESO, will it look different depending on what faction I’m a part of?

While I can’t confirm if every piece will look different, the rep did mention there would be faction-specific armor.

4. Thandeon: Will you see health, stamina and magicka in a bar on the screen? If yes, will it be like WoW where you see your character info in the top left corner?

I was immediately struck by how sparse the ESO interview appears. Nothing is on screen unless the value is changing by default, although this can be toggled on. When using spells, Magicka appears in a small bar on the lower screen. Health and Stamina are similar hidden until use.

5. TheInfamousLyingHarlot: …does anyone know if some form of pet will be available?

The rep was a bit vague in this regard, but yes, there will be pets in the game.

6. I’m wanting to know if there will be marriage or adoption options.

As for marriage, yes! The Bethesda rep hesitated to answer and then answered in the affirmative. While the game calls these unions “pledges” intead of “unions”, players will actually be able to seal their commitment to other players with an exchange of rings. How romantic!

As for adoption, the game will not be shipping with the feature but Bethesda left the idea open for the future.

Done! Bethesda has confirmed that players in the game will be able to become both Werewolves and Vampires, although not at the same time. Most interestingly, the Werewolf and Vampire traits are actually upgradeable skill trees in their own right! Players will be able to invest points in each tree, gaining new abilities and strengths as they progress.

8. I want to know if there will be any Lesser Daedra.”

Based on the lore in the game, it seems Lesser Daedra will certainly make an appearance. Much of the story pertains to the Daedric Princes.

9. Will there be a First Person mode available within the game?

This question was already answered, but just to be safe, yes! After trying out it myself too, it looks great. I might now actively play thay way in the game since it cuts off so much from view, but role-players may find it charming and anyone looking to pick up and move objects individually might find it useful.

10. I wonder if it’s true that there is an uncanny amount of freedom to be had in customizing your character, such as mages being able to wield two-handed weapons…

The Bethesda rep confirmed that all types of armor will be available all classes. However, some armor has more benefits than others. While a mage might choose to wield heavy armor, she would be constrained in other ways.

11. Jonesy95: Will it be free-to-play, subscription-based, or a one-off payment?

Sorry, no news as of yet. Personally, I would predict the game would begin with a subscription based model.

That’s all folks! Thanks for the questions! 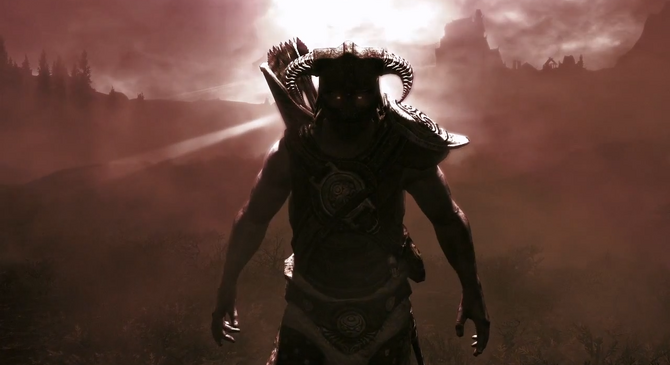