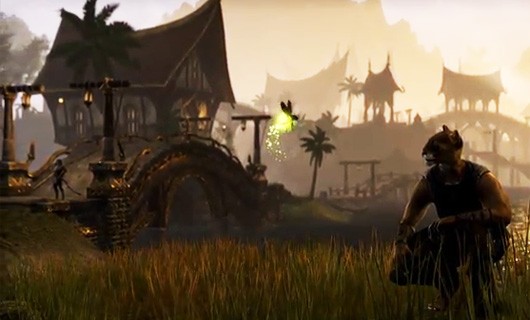 Has been the elder scrolls series is the picture very good game, this version is now highlighted various effects.Have you been itching to feast your eyes on actual The Elder Scrolls Online game footage from the eyes of a player, but you haven’t managed to find your way into the Bethesda offices? Thanks to Marty Sliva and Caleb Lawson of IGN, you can; the pair had the opportunity to jump in and play a couple hours of the upcoming fantasy MMO and created a video with some highlights of their adventures.

As a non-MMO player, Lawson described the draw to the game and an Elder Scrolls fan. He noted that it felt like being back in that world, from Daedric quests to being dropped into Oblivion. Sliva added, “[TESO] captures that same sort of spirit of exploration and adventure of Skyrim and Oblivion, but there is this great MMO attached to it.”

Lawson also shared that developers stated that hands will be added to the game to give the first-person experience even more of a Skyrim feel. Hear more of their thoughts and see the gameplay in the video after the break.