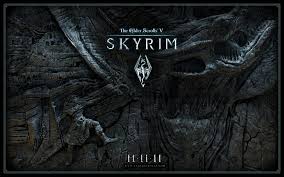 Marriage of all kinds of race/gender and a backstory of all the possible spouses.
A form of economy which actually could collapse
A optional court of law where you have to stand for your crimes and defend yourself (and with a high speechcraftlevel easier avoid jail)
Decorating your houses, so you could make it look like you want to.
More weapons/armor. Example: If you upgrade your Iron sword at a blacksmith it would not look the same, but look more strong. As it should be. (imagine an fully upgraded Ebony armor)
More books and music. I love to read and I love music. (The bards in the taverns around Skyrim was for me one of the best additions to the game)
Short swords. Yeah, could be nice.
Kind of a personality. For example: In the character creation menu you could choose if your character looks/is friendly, intimidating, charming, brave, creepy. Etc. Which would add an interesting touch to the game. NPC:s should greet you as you are. If you are charming, women/men likes you more. And if you are intimidating people would not want to cross your way in the cities etc.
VN:F [1.9.22_1171]
please wait...
Rating: 10.0/10 (1 vote cast)
VN:F [1.9.22_1171]
Rating: 0 (from 0 votes)
The Elder Scrolls 6 Update: More Quests, DLC Than Skyrim and More , 10.0 out of 10 based on 1 rating