The Elder Scrolls is a series of action role-playing open world fantasy video games primarily developed by Bethesda Game Studios and published by Bethesda Softworks. The series is known for their elaborate and richly-detailed open worlds and its focus on free-form gameplay. Morrowind, Oblivion, and Skyrim all won multiple Game of the Year awards from various outlets. 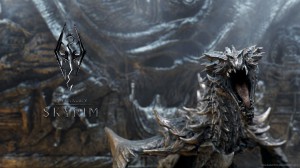 If you are waiting for an opportunity to play The Elder Scrolls Online open beta before it formally launches, you may be disappointed. The team has confirmed there will be no traditional open beta phase for the game, though there will be several very large beta sessions prior to final launches which will still require beta keys to access.

The Producer will not be holding a traditional open beta, but if you sign up to participate in the ESO beta prior to launch and are eligible per our Terms of Service, you will get an invite to a future beta event. they will be holding several very large beta sessions that include beta key giveaway promotions before the game launches. Any fans should make sure to sign up for beta if you have not yet done.

Currently the game hosts beta weekend events occasionally, with NDA in place. ESO will launches on PC April 4, 2014 and on next generation consoles in June 2014. You can preorder the game on the elderscrolls official site and preorder elderscrolls gold at www.elderscrolls4gold.com.