You won’t believe what color this horse is 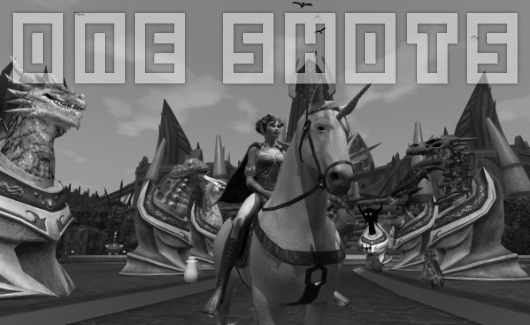 Let’s start our time together today by playing a game! The game is this: You have until you hit the “continue reading” button to figure out what color this horse (well, technically a unicorn) is. I think you’ll be pleasantly surprised.

This picture comes from reader Becca: “Here is my EverQuest 2 Fury, Sarense, riding her mighty steed. I spent a few hours grinding out candy hearts to get this mount, which shoots hearts out of his eyes and hooves (unfortunately not captured here). He’s a hardcore stallion. Look at his cocky stare. He knows thatyou know he’s a badass.”

My apologies in advance for our colorblind readers who think that this game is unfair. I’ll tell you the answer to be fair: It’s purple. Shh! Don’t tell the rest of our readers, OK? 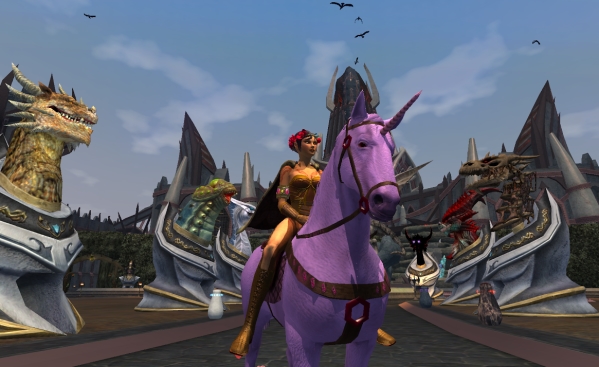 Have the collective wounds from Free Realms’ closing healed yet? I would be doubtful, especially in the case of reader Space Cobra. He sent in a portrait of one of the game’s unsung casualties.

“Here is the last day of roaming/swimming around on this character,” he wrote. “I had him since beta, and I even used the name ‘Space Cobra’ for beta, but when it went to live, there was a glitch that said the name was taken (by me, but I couldn’t delete the wiped beta character), so I just created this name. I scored the penguin-mask in a set of cards I acquired when SOE used to sell the physical card game in stores; this was done only in the first expansion or two, and then they decided to just sell digitally. Maybe that was a mistake in retrospect, although this was near the end of the card-game boom and people were tired of card games, but any marketing items are advertising!

“What was good about the mask was that it lasted a long time and it was easy to refresh. So in essence, I was always a small, baby penguin. I got lots of attention because the item was rare, although there was a shorter version. I think they made changes to the item and the game sorta treated it strangely near the end, but I could still get it to work. I will miss the mask and the game!” 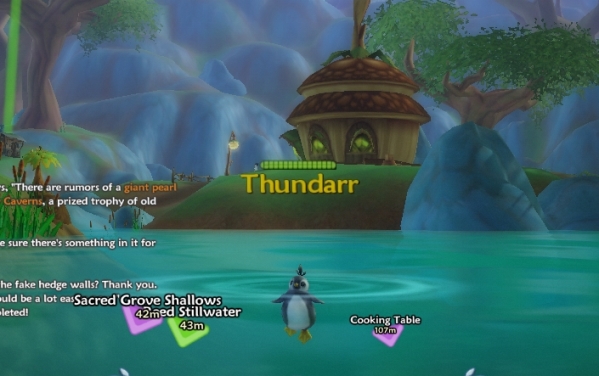 The Elder Scrolls Online screenshot parade continues, this time from reader Will. He’s taking a break from the slaughter and in-game book reading to lay down a little classical jazz on us.

“While doing a bit of PvP, my buddy Rick and I decided that we we’re tired of getting to a keep, only to find that it had already been taken or lost,” Will said. “After looking around the map a bit, we realized there’s a bit of PvE content in our PvP soup and somehow managed to weasel ourselves behind enemy lines, winding up in Cheydinhal. After a bit of sneaking about the town, we set up shop, with a few other companions, atop a building and rained unholy fire, arrows, and life siphoning down on folks of the opposing factions as they went to turn in quests with only the warning of our lute to warn them of the impending bloodshed. Let it be known, you should never mess with a Minstrel.” 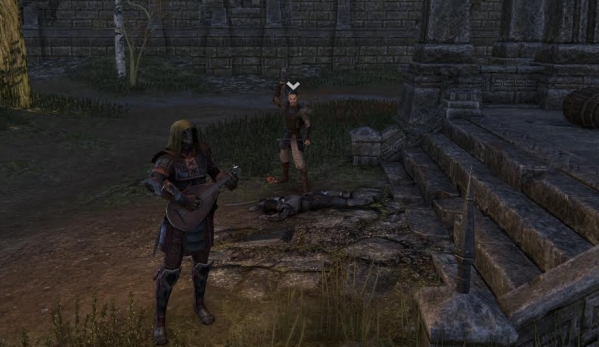 You know what’s tough? When you guys send me in a huge batch of excellent screenshots and go, “Pick one!” That’s my weekly Sophie’s Choice, right there. It’s terrible and it makes me break down crying each and every time. They’re just all so great! Don’t make me choose!

Reader Cim submitted several great Star Wars: The Old Republic screenies, but this one called to me. It looks so dang cool that I wish I could be there in person and then lean up against the glass to look down at the planet. Head rush! 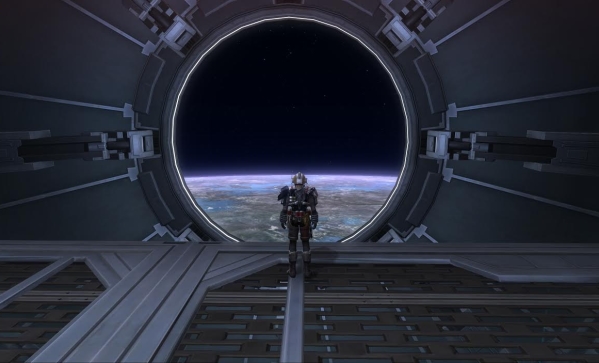 Your screenshot challenge for the week is to take a picture of a sight, object, or even creature that you feel is unique to the entire MMO genre. What does your game have that others do not? Show us!