TESO: This Is When Clockwork City Will Available

The DLC Clockwork City for The Elder Scrolls Online now has a pricing and a release date: the new DLC for ESO will be released on October 23 for PC / Mac and November 7 for PlayStation 4 and Xbox One. Clockwork City will be free for all members of ESO Plus and will be available for purchase at a price of 2,000 crowns through the Crown Store in play for all other players. The DLC Clockwork City is available to all players and does not require ESO: Morrowind. 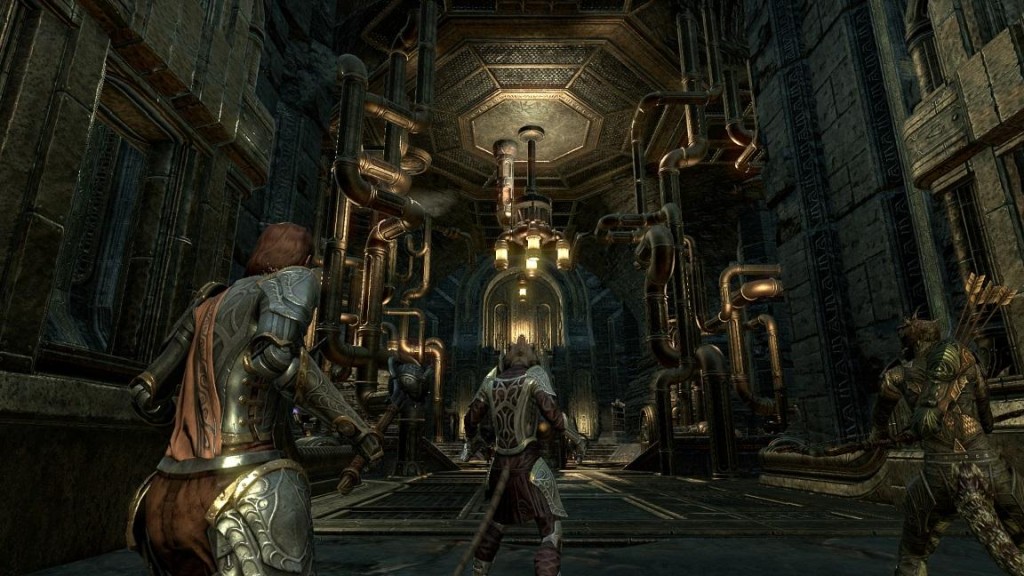 The DLC Clockwork City will bring Tamriel’s adventurers to a new area other than the one they encountered so far, the legendary Clockwork City of Sotha Sil, to investigate a new daedric threat. The DLC will offer about 10 hours of new stories about The Elder Scrolls world, as well as new structures, strange creatures and powerful hybrid monsters. In addition, players will face a new Trial, the Asylum Sanctorum, which will test their ability in 12-player groups. Finally, there will be new sets of armor, customizable items, creation themes and more.

Players will have a preview of Clockwork City addressing a prologue quest, already available to everyone. In this mission, they will be investigating the murder of important diviners, scholars, and planar archaeologists, killed by their own shadows. Players will find a note titled “Order of the Eye Dispatch” on the tables of Tamriel’s Mages Guild headquarters. Reading this note, they will get the quest “Of Knives and Long Shadows”, which will guide them through this new adventure. Once completed, they will get the “Clockwork Obscuros” for their Collection UI.