A warrior deals damage with impressive, deadly feats of swordplay while weaving in and out of enemies’ attacks. It’s the warrior’s way to dive into the middle of the fray and mow down the opposition. Invulnerability while using the Evasive Roll skill means the warrior can do enough damage to hold aggro, and still dodge and roll out of harm’s way. Coming up from behind an opponent after a roll enables the warrior to strike from behind before his opponent can turn and counterattack. 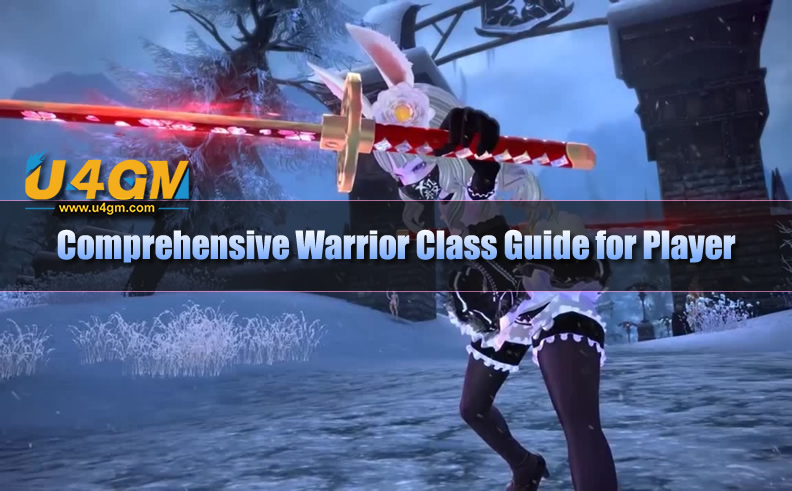 PVE-Tier: S-Tier
Warrior is one of the top DPS classes, second only to Valkyrie in potential. However, Warrior is more friendly for learning and newer classes than Valkyrie is. In terms of difficulty, once the player understands the edge system, Warrior is not a difficult class to play. However, learning to optimize their combo priority quickly may be challenging for newer players.

Survivability:
Warrior is a very mobile class with many invulnerability and movement skills. Their high base defense makes them tanky as well, not just evasive. Warrior has several ways to reduce incoming damage while attacking.

These are the stats you should roll on your weapon:

The stats on armor are pretty much set in stone for a warrior tank:

These are the stats that all DD and tank classes use on gloves:

For boots, you generally want these stats:

There’s room to experiment here. Stats on boots don’t really matter much; the only stat you definitely should have is 6% movement speed. If you don’t have MP problems, 24% slow duration reduction is a nice start to pick up instead of 2% MP per 5sec. Another stat that sounds interesting in theory is 35% resistance to boss knockdown and stagger, but I’m not actually sure if this stat even works (hence why I didn’t list it above).

Surviving Lachelith’s triple donut AoE
This attack requires a lot of max HP to survive – over 150,000 to be exact. It is actually possible to get this much max HP without sacrificing any of your Fine Hardy Not crystals or damage reduction stats on your armor. To reach high enough max HP, you must have two Relentless etchings, 4% max HP on both of your earrings, the Elinu’s Vigor guild skill maxed out, maxed Vanguard Valor (the login buff), and Lamb Bulgogi and Freeholds Flame Salad popped. All these things together put me just over 160,000 max HP, which is plenty to comfortably eat this attack. It also helps on spheres.

Blocking heavy attacks in Harrowhold
Many attacks in Harrowhold that other tanks consider ‘unblockable’ because the damage bleeds significantly through their block, sometimes to the point of killing them, are actually entirely blockable by a warrior tank. For example, you can fairly easily block Vergos‘s jumps and triple smashes with Cross Parry. You can also block his side-to-side breath (the one in phases 2 and 4 only) with Torrent of Blows. All blockable attacks in phase 1 that would kill other tanks are also blockable with Torrent of Blows.

I hope this guide can help you, more tricks and tips, you can visit our website https://www.u4gm.com/tera-gold, furthermore, there you will find the tera cheap gold you want, to get more information click here.