The Elder Scrolls Online had been in development for 5 years 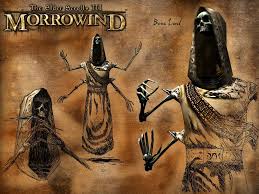 The Elder Scrolls Online had been in development for 5 years prior to its announcement in May 2012. It is the first project for ZeniMax Online Studios, which was formed in 2007. Matt Firor, studio lead at Zenimax Online, is also the director of The Elder Scrolls Online.
While there have been rumors of a massively multiplayer The Elder Scrolls game for years, accurate information about the game and its imminent May 2012 announcement was leaked in March 2012 to online publication Tom’s Guide by an anonymous industry source. According to the leak, the game was scheduled to be shown at E3 2012 in June (which it was) and QuakeCon 2012 in August. The current release date is Spring 2014.
Published November 8, 2012, Bethesda released a video on YouTube called “An Introduction to The Elder Scrolls Online”, in which the game’s developers talk about the game’s content and how it was made.
On January 21, 2013, Beta sign ups for The Elder Scrolls Online began. On March 26, 2013, the first round of closed beta invites were sent out. On April 8, 2013, the second round of closed beta invites were sent out Despite the end-user license agreement, which clearly states that any news leaks are strictly forbidden, many gameplay footage leaks surfaced on social networks and video-sharing platforms in March and April 2013. Bethesda sought to remove the material, but certain footage can still be viewed and downloaded as of September 1st, 2013. On July 9, 2013 the third round of closed beta invites were sent.
On June 10, 2013, Sony announced that The Elder Scrolls Online would be available on PlayStation 4 by showing it off at their E3 press conference. It was later clarified by Bethesda that it would also be available on Xbox One. There will be no cross-play between platforms.
On August 21, 2013, at Gamescom in Cologne, Germany, it was announced that The Elder Scrolls Online will have a monthly subscription fee upon release for all platforms.
← The Elder Scrolls 6 Dominion Redguard Aftermath Of Skyrim DLC It is benefit for your development in the game →