Until now, as the latest update for Albion Online, Hector has gone live. Hector is the final major update before the release, it’s planned for launched on July 17. The team of Sandbox Interactive is using the coming weeks until the launch to optimize the game and fix remaining bugs. 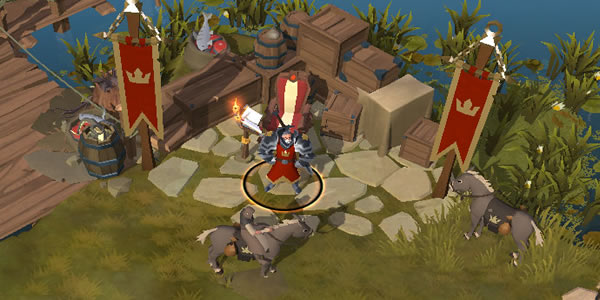 Official website is mainly introduced three mounts, respectively, Tutorial Mount , Special Mounts as well as Faction Mounts. It’s worth mentioning that these mounts are found as rare drops in the open world. In Tutorial Mount, and introduced Mule (Tier 2). This mount is a simple mule, given to the new arrivals in the land of Albion.However, when it comes to Special Mounts, it majorly listed Giant Stag (Tier 4) and Transport Mammoth (Tier 8). Obtaining a Giant Stag mount works similarly to Direwolves. The Transport Mammoth is the ultimate transport mount for guild operations.

← Download The New Patch 3.0.9 Of The Elder Scrolls Online Could We Play Madden 18 As Looking A Movie →